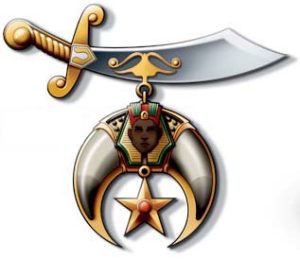 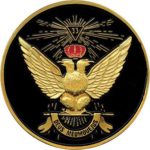 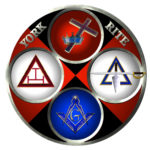 Order of the Eastern Star 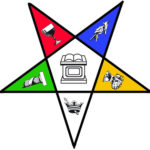 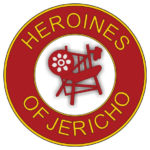 Daughters of the Desert 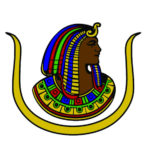 The Order of the Golden Circle 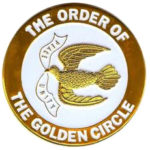 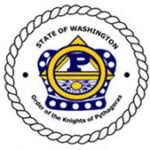 Who was Prince Hall? 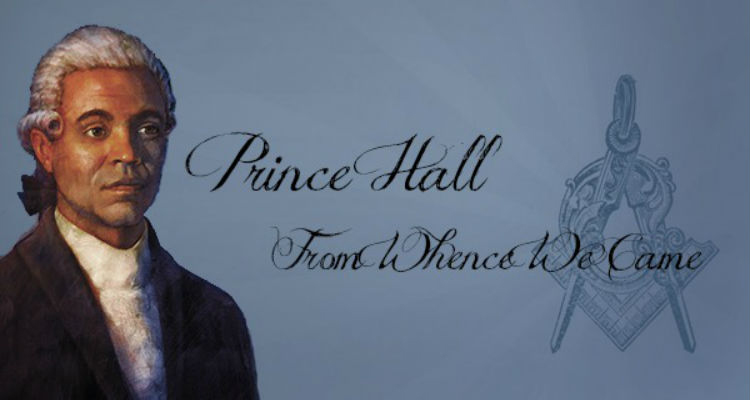 Prince Hall was an African American noted as an abolitionist for his leadership in the free black community in Boston and as the founder of Prince Hall Freemasonry. He lobbied for education rights for black children and was active in the back-to-Africa movement.

Hall tried to gain New England's enslaved and free blacks a place in Freemasonry, education and the military, which were some of the most crucial spheres of society in his time. Hall is considered the founder of "Black Freemasonry" in the United States, known today as Prince Hall Freemasonry. Hall formed the African Grand Lodge of North America. Prince Hall was unanimously elected its Grand Master and served until his death in 1807.

Steve Gladstone, author of Freedom Trail Boston, states that Prince Hall—known for his role in creating Black Freemasonry, championing equal education rights, and fighting slavery—"was one of the most influential free black leaders in the late 1700s."

There is confusion about his year of birth, place of birth, parents, and marriages–at least partly due to the multiple number of "Prince Halls" during this time period.

Earlier Life:
Prince Hall was born between 1735 and 1738. His place of birth and parents are also unclear. Prince Hall mentioned in his writings that England was his homeland, so there is a possibility he was born in England and brought over as a slave like many African descended people in the New England area. The Prince Hall Grand Lodge of Massachusetts, in its Proceedings of 1906, opted for 1738, relying on a letter from Reverend Jeremy Belknap, a founder of the Massachusetts Historical Society. Prince Hall's birthday is traditionally celebrated on September 14. Hall's early years are unclear. Historian Charles H. Wesley theorized that by age 11 Prince Hall was enslaved (or in service) to Boston tanner William Hall, and by 1770 was a free, literate man and had been always accounted as a free man. It was through William Hall that Prince learned how to process and dress leather. Inside Prince Hall author and historian David L. Gray states that he was unable to find an official historical record of the manumission. Hall, identified as able to read and write, may have been self-taught or, like other enslaved people and free blacks in New England, he may have had assistance.

Revolutionary War:
Hall encouraged enslaved and freed blacks to serve the American colonial military. He believed that if blacks were involved in the founding of the new nation, it would aid in the attainment of freedom for all blacks. Hall proposed that the Massachusetts Committee of Safety allow blacks to join the military. He and fellow supporters petition compared Britain's colonial rule with the enslavement of blacks. Their proposal was declined.

England issued a proclamation that guaranteed freedom to blacks who enlisted in the British army. Once the British Army filled its ranks with black troops, the Continental Army reversed its decision and allowed blacks into the military. It is believed, but not certain, that Hall was one of the six "Prince Halls" from Massachusetts to serve during the war.

Having served during the Revolutionary War, many African Americans expected, but did not receive, racial equality when the war ended. With the intention of improving the lives of fellow African Americans, Prince Hall collaborated with others to propose legislation for equal rights. He also hosted community events, such as educational forums and theatre events to improve the lives of black people.

Many of the original members of the African Masonic Lodge had served during the Revolutionary War.

Freemasons:
Prince Hall was interested in the Masonic fraternity because Freemasonry was founded upon ideals of liberty, equality and peace. Prior to the American Revolutionary War, Prince Hall and fourteen other free black men petitioned for admittance to the white Boston St. John's Lodge. They were turned down. Having been rejected by colonial Freemasonry, Hall and 15 others sought and were initiated into Masonry by members of Lodge No. 441 of the Grand Lodge of Ireland on March 6, 1775. The Lodge was attached to the British forces stationed in Boston. Hall and other freedmen founded African Lodge No. 1 and he was named Grand Master.
The black Masons had limited power; they could meet as a lodge, take part in the Masonic procession on St. John's Day, and bury their dead with Masonic rites but could not confer Masonic degrees or perform any other essential functions of a fully operating Lodge. Unable to create a charter, they applied to the Grand Lodge of England. The grand master of the Mother Grand Lodge of England, H. R. H. The Duke of Cumberland, issued a charter for the African Lodge No. 1 later renamed African Lodge No. 459 September 29, 1784. The lodge was the country's first African Masonic lodge. Due to the African Lodge's popularity and Prince Hall's leadership, the Grand Lodge of England made Hall a Provincial Grand Master on January 27, 1791. His responsibilities included reporting on the condition of lodges in the Boston area. Six years later, on March 22, 1797 Prince Hall organized a lodge in Philadelphia, called African Lodge #459, under Prince Hall's Charter. They later received their own charter. On June 25, 1797 he organized African Lodge (later known as Hiram Lodge #3) at Providence, Rhode Island.

Author and historian James Sidbury said Prince Hall and those who joined him to found Boston's African Masonic Lodge built a fundamentally new "African" movement on a preexisting institutional foundation. Within that movement, they asserted emotional, mythical, and genealogical links to the continent of Africa and its peoples.

My brethren, let us pay all due respect to all who God had put in places of honor over us: do justly and be faithful to them that hire you, and treat them with the respect they may deserve; but worship no man. Worship God, this much is your duty as christians and as masons.